This defamation case can show you how to avoid being on either side of a lawsuit.

When a patient or fellow staff members say or write negative things about your nursing practice, it can be devastating to your personal and professional reputation.

Especially if what is being said or written is not true.

As I wrote in my blog, “Can an RN Sue Her Nurse Manager for Defamation?”, defamation case laws allow you to sue when someone says or writes something about you to another person that is not true. It’s called libel when it’s written. When spoken, it is termed slander.

In the case Waugh v. Healthcare, an agency nurse discovered how the defamation law works.

Details leading up to the defamation case

In this example, the agency RN was assigned to work at a facility that provided care to “incapacitated and dependent adults.” One evening, a resident told another nurse that the agency RN had “ripped the call bell off [his] shirt”, placed it out of his reach, and said, “How do you like that?”.

The agency RN told the male patient he would instead be checked at regular intervals.

During the investigation, the facility’s nursing director sent a form to the agency to notify it of the complaint against its RN. In it, the director described in writing the incident, stating the resident “alleges neglect and informed the Department of Health and Human Services.”

She also said there were witnesses to the incident and indicated staff had provided statements along with the resident.

After its investigation, the facility determined the agency RN had: violated its call bell policy, did not provide an acceptable level of care, and her behavior was inconsistent with its mission to provide quality care and protect residents from potential or actual abuse or neglect.

The facility asked the agency to terminate the RN’s contract, noting the RN denied the allegations but the denial was not supported by the resident and employees’ statements.

The agency terminated the contract with the facility and refused to give the agency RN further assignments.

The agency RN filed a lawsuit against her agency and the facility, alleging defamation and “slander/libel per se” (meaning that the spoken and/or written words were untrue about her as a professional nurse and, if she proves her case, the law does not require proof of lost wages or jobs). She asked for compensatory and punitive damages.

The trial court granted a summary judgment motion to the facility and the agency, holding that no genuine dispute of material fact existed surrounding the facts presented to the court. As a result, the defendants were entitled to a judgment as a matter of law.

The agency nurse appealed the decision to the state’s judicial supreme court, alleging the court entered the wrong judgment based on the facility’s written words in its reports to the nursing agency.

The court’s decision is quite instructive as to certain aspects of the state’s defamation case law and how it applied to the agency nurse’s situation.

The defamation law absolves an individual from liability who either speaks to or writes truthful information about a person, in this case the agency RN.

If such a communication is not absolutely “privileged” (protected) against liability, one must prove that a “conditional privilege” protects the person sharing the information with another.

The agency nurse, then, had to prove the reports to the third parties were not subject to a “conditional privilege.”

A conditional privilege protects the speaker or writer from liability against defamation when, for example, there is a legal or moral duty to share the information with another.

In this case, the communications between the facility and the agency were protected with a conditional privilege because they were made in the course of an investigation into the agency nurse’s conduct.

The only way the facility and the agency would lose this protection, the court instructed, is if their communications were false or in reckless disregard for the truth, or if they are “out of ill will” toward the agency nurse. The court held that proof of this did not exist.

The agency nurse also alleged her firing and subsequent inability to obtain work was directly due to her “more than fifty statements of fact” about the working conditions at the facility.

The court opined this allegation was simply “speculative,” since they did not present proof during the trial.

Based on the trial record, the court affirmed the Summary Judgment Motion for the defendants.

You can learn from this sad situation

The following are suggestions to consider:

Take these courses to learn more about protecting patients and yourself:

Everyday Ethics for Nurses
(7.3 contact hrs)
This course provides an overview of bioethics as it applies to healthcare and nursing in the U.S.  The course explains the elements of ethical decision-making as they apply both to the care of patients and to ethics committees.

Protect Yourself: Know Your Nurse Practice Act
(1 contact hr)
Nurses have a duty to patients to practice in a safe, competent, and responsible manner. This requires nurse licensees to practice in conformity with their state statutes and regulations. This course outlines information about nurse practice acts and how they affect nursing practice. 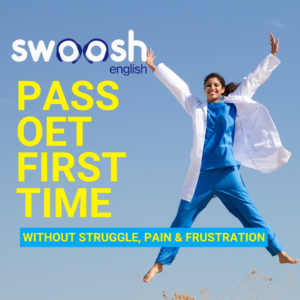